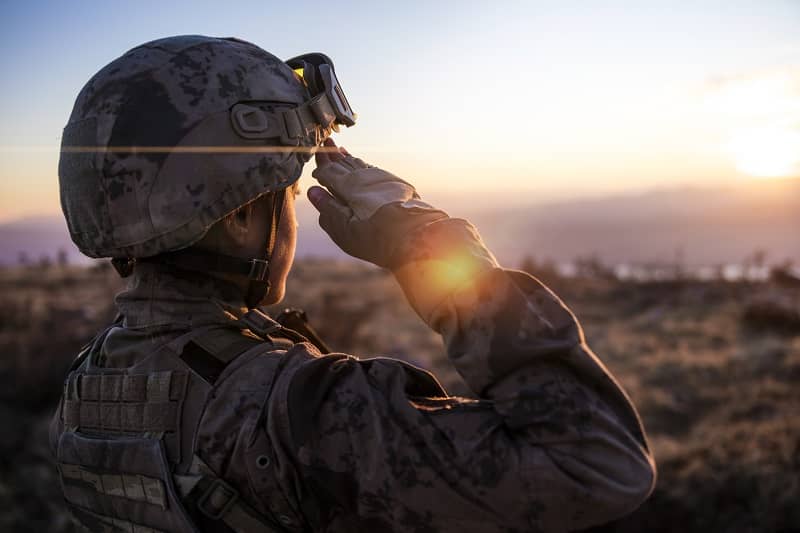 World War II left a wake of devastation after years of armed conflict on multiple continents. The U.S. came out on top once it was all said and done and emerged as a global superpower.

We took the lead role and responsibility for remaking the world and keeping the peace. There have been tremendous sacrifices involved with that. Under the Marshall Plan, we made a huge commitment to rebuilding war-ravaged nations whose armies had just faced off against our troops.

It was an unprecedented success. Japan modernized and has been one of our strongest allies and trade partners in the decades since. And even though Germany was initially split, it was eventually unified and has become a peaceful economic powerhouse.

In order to make all of this happen, we kept troops and a permanent military presence in those areas. We started pulling back and realigning at the start of this century as our foreign policy focus shifted.

This was driven by the collapse of the Soviet Union and the terrorist attacks of September 11, 2001. Instead of our biggest threats coming from strong nations, we started paying more attention to non-state actors like terrorist organizations. Instead of Europe, we turned our attention to the Middle East.

70 years of relative peace in Europe, the exception being Kosovo in the 90’s, have once again been shattered by the recent Russian attack on the sovereign nation of the Ukraine. Other threats are looming, and they include China’s ill intentions towards Taiwan. Strong nations are once again a threat, even though the prospect of additional terrorist attacks on our homeland haven’t waned. The forces of tyranny and oppression are on the rise all across the globe.

Many Americans are understandably weary of our international role in recent years following the War on Terror. It’s been expensive, in terms of both lives and finances. There’s a growing sentiment that we don’t need to be the world’s policeman.

As we’ve withdrawn, a vacuum was created that invited aggression. Our projection of weakness has had dire consequences for the stability of entire regions.

Throughout the 1980s, President Reagan stood toe-to-toe with the threat of the Soviet Union as a rival nuclear superpower. He instituted a doctrine of peace through power that largely involved the projection of strength. Anyone who dared think about posing a danger to the interests of Americans or their allies knew they would be met with overwhelming force and likely military defeat.

What we do on the global stage matters and has broad implications and ramifications that can mean the difference between peace and prosperity or turmoil and instability for millions and possibly billions of people worldwide. We need a foreign policy based on reality that keeps our people and our allies safe and that does not invite tyrants like Vladimir Putin to subjugate their neighbors.