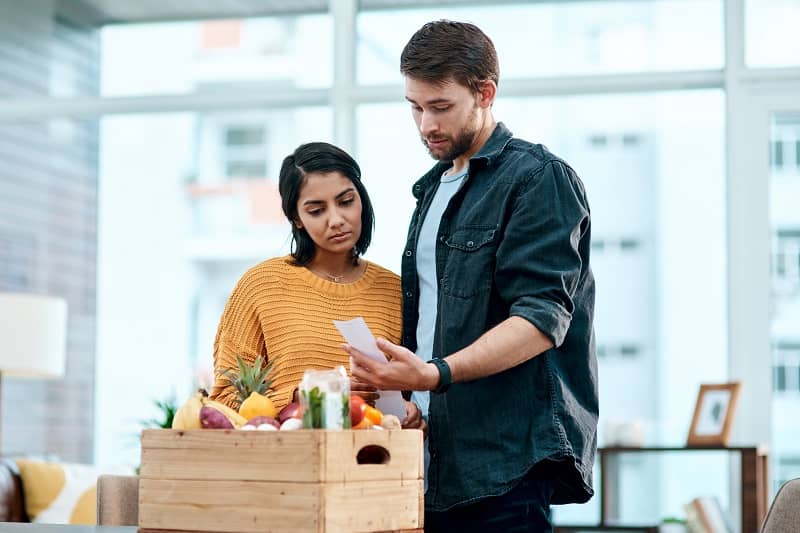 On January 24, President Joe Biden had a profane exchange with a Fox News reporter that was caught on camera. It happened after Biden was asked a question about inflation and the affect it could have on the upcoming November midterm elections.

Headlines about the incident focused on the rudeness of Biden’s response. But those press accounts all seemed to miss the bigger, more important issue involved—the president was dismissive of the thought that inflation may become a political problem for his party.

All you have to do is go to the grocery store to see the way inflation is impacting working families. Walk through the aisles and you’ll hear people talking to complete strangers about the skyrocketing costs of whatever happens to be left on the increasingly bare shelves.

What’s even worse is that this administration and it’s party refuse to accept responsibility for the results of their reckless fiscal policies. A common tactic has become to blame “corporate greed.” But that line is repeated so often that it’s just about lost any meaning it may have ever had. Another flimsy excuse being offered up is that costs are rising because the economy is doing so great.

This just proves that the president and his party are completely tone deaf on this important issue.

The fact of the matter is, this administration began a borrowing and spending spree immediately upon taking office. It was aided by its party’s slim majorities in Congress and the Senate. And trillions of more dollars would have been spent if it weren’t for the limited remaining moderate elements of the Democratic Party. Otherwise, inflation would likely already be much worse.

There are reasons that candidates for office refer to themselves as fiscal conservatives. Even Democrats running in swing districts tend to use that phrase when running for office. It’s largely because that messaging resonates with voters who have to live within their means. Nobody runs on the platform of “fiscal liberalism” because they know it wouldn’t be supported by most voters.

What we’ve seen out of the first year of the Biden administration is absolutely worth opposing. It’s nothing we haven’t ever seen before. It’s high tax, high spend, unlimited borrowing and continued expansion and overreach of government into almost every aspect of our lives. The results of it all are hitting all of us in the pocketbooks right now.

Control of Congress is very likely to flip in this next election. I’m running because I would like to be among the freshman class of new members in 2023 who will hold this administration in check and slam the brakes on its runaway spending and reckless fiscal policies.

I know that you work hard for the money in your pocket. It isn’t fair to you and your family to have it decrease in value every day because of the unrealistic ambitions and failed policies of this presidential administration. We have the chance to push back, and I hope you will support me in the May primary election to be the candidate who stands up for fiscal sanity this November.